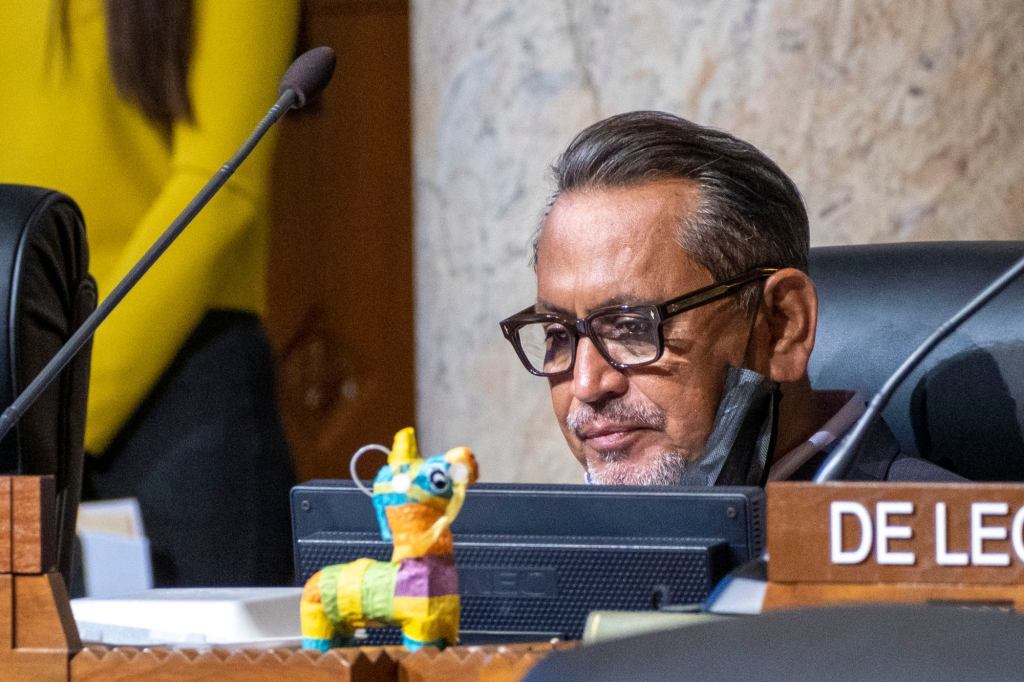 As Congresswoman Karen Bass and billionaire businessman Rick Caruso head for the November ballot in the race to be the next mayor of Los Angeles, some insider’s predictions holding on Friday, June 17, with Bass keeping her lead over Caruso in late ballot-counting of largely mail-in ballots.

In returns reported on Friday, June 17 by the Los Angeles County Registrar-Recorder, Bass had 42.87% and Caruso had 36.33%, reflecting claims that more liberal voters cast ballots later.

Polling had shown Bass leading Caruso close to election day, and voting trends in recent years show that more and more ballots are being counted in the week or two after a race.

Perhaps more consequential is a nail-biting contest on the Eastside of Los Angeles that has the potential to shake up the City Council, a body that is often considered more powerful than the mayor. This race for the City Council District 1 race could see a rare ousting of a sitting LA city council member — Gil Cedillo — by his sole challenger, community activist Eunisses Hernandez.

The Eastside race could be a repeat of the 2020 race between incumbent David Ryu and newcomer Nithya Raman, when he was denied a second term by voters in his district that straddles Hollywood and the Valley. It was the first time in 17 years that a sitting LA councilmember was ousted.

One difference in the Cedillo race is that while Ryu was endorsed by the Democratic Party, he was not yet a household name. Cedillo, on the other hand, was a longtime state legislator before coming to City Hall.

The Los Angeles city attorney’s race was still too close to call on Friday night, with three frontrunners and a very close fourth-placer. The top two will face each other in a November runoff.

Another tense race was unfolding in City Council District 5 on LA’s Westside, where Katy Young Yaroslavsky and Sam Yebri were vying for a seat left open by termed-out LA City Councilmember Paul Koretz.

Yaroslavsky, a senior policy director under LA County Supervisor Sheila Kuehl, who carries the name of her widely known father-in-law Zev Yaroslasky, had 48.99% of the votes on Friday — close to a flat-out primary victory over nonprofit director and business owner Yebri. His distant second place at 29.69% may force her into a runoff.

Because the Registrar does not identify which parts of Los Angeles still have numerous uncounted ballots, the outcome of close races are all but impossible to predict.

In City Hall races known to be heading for runoffs, in the race for city controller, accountant Kenneth Mejia has 42.75% and Los Angeles City Councilman Paul Koretz has 23.83%, and they will face each other in November.

In LA’s Westside Council District 11, candidates Erin Darling and Traci Park will face one another in the November runoff. Darling had 34.56%, while Park had 29.11%.

In LA City Council District 15, which includes San Pedro and Harbor City, Tim McOsker, with 37.76% and Danielle Sandoval, with 29.33%, will see each other in the November runoff.